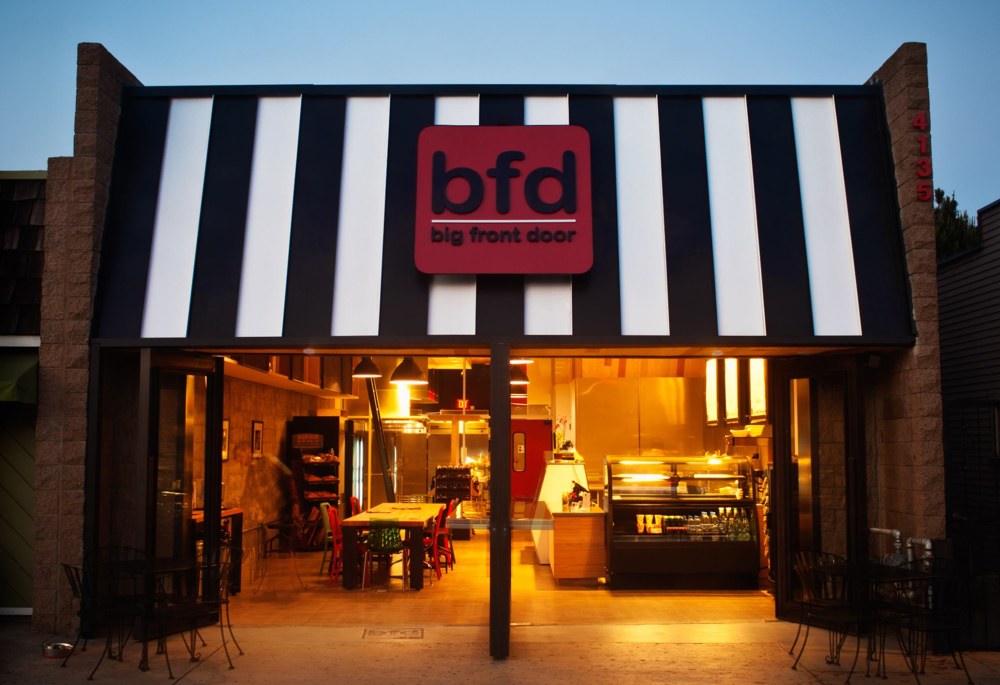 opened in june of 2012, big front door or ‘bfd’ as it's known, is a neighborhood deli providing house roasted and smoked meats, sandwiches, salads, soups, cookies and other specialties all made in house, with top quality ingredients that are thoughtfully sourced and prepared with care. offering a fresh, diverse menu  influenced  by the broad dynamic of southern california’s cultures and communities. popular sandwiches such as the avocado highway, cali cubano or loins of fire have built a loyal fan base while salads like the avoberry, southwest or sesame chicken have a following of their very own. specializing in take-out and ideal for picnics in any of the local parks; they also feature in house community dining, as well as, catering for an event or group of any size. ​

meet sheep! the man behind the food

sheep began his food service career in the 90’s, selling quesadillas from the back of his ‘76 vw bus on summer phish tour. when he was back “home”, in prescott, az, he was creating fine fare at Siena, as well as, making sandwiches at Nick’s Feed Your Face. since then, sheep moved to san diego and had the privilege of working with deborah scott at kemo sabe and indigo grill, tracy borkham at chive, cucina urbana and kensington grill, opening firehouse in pb and running the mission in mission beach!

in late 2011 sheep & laura (his wife) riley were approached by bob & jill minch, longtime san diegans, to re-concept, design and become business partners in a deli and market they had recently purchased. shortly thereafter, bfd was born. “I’m taking everything I’ve learned back to that small relationship that occurs over the deli counter,” says Sheep. “Food is there for everything – good times, bad times, and ordinary times. We’re making good food for all times.”